This past March, Georgia Tech was selected to receive a $15 million endowment grant from the A. James & Alice B. Clark Foundation to establish a Clark Scholars Program in the College of Engineering. Clark Scholars will receive a debt-free education and be selected from among incoming students who exhibit strong academic potential, leadership skills, engagement in engineering, and financial need.

The Clark Scholars endowment is not only a big commitment — the largest single commitment for endowed scholarship support ever received by the College of Engineering — it’s also a big deal. From a reputation, programmatic, and philanthropic standpoint, having a Clark Scholars Program at Georgia Tech brings the Institute that much closer to being the very best choice for the very best aspiring engineers. 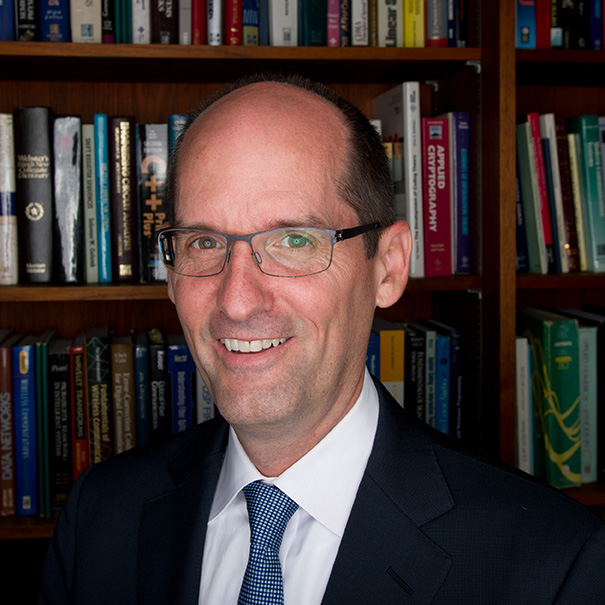 The Clark Scholars Program will have a huge impact on the College of Engineering’s ability to attract the brightest young minds,” says Steve McLaughlin, dean and Southern Company Chair. The Clark Scholars Program will help us further cultivate an inclusive and diverse student body — and the entrepreneurial spirit, community-minded values, and drive for excellence it encourages align perfectly with the mission of the College.

When A. James Clark (1927 – 2015) was a young man, he was awarded a much-needed scholarship to attend engineering school. From there, he went on to achieve legendary status as a builder, heading up one of the nation’s most expansive construction conglomerates, Clark Enterprises Inc. But the “King of Concrete” also made sure his legacy would build opportunity, especially for young engineering students who could use help like he had received.

Clark Scholars not only pursue a rigorous education in an engineering discipline, they also comprise a cohort of students who participate in specially designed academic and leadership activities during the summer, take a complement of business courses, engage with entrepreneurial programs such as CREATE-X, mentor one another, and work on community service projects.

Approximately 10 students will be selected for the program every year, starting fall 2018, so it will take Georgia Tech several years to build up to an anticipated cohort of 40 to 50 students. This year, since the program is brand new, Georgia Tech was not able to specifically recruit for the program, but instead made offers to existing applicants. Just like with the Stamps President’s Scholars Program, efforts were made to create a balanced cohort with gender, racial, ethnic, and geographic diversity.

Even before the endowment was secured and the program was announced, educators and administrators across campus have been working to ensure that the Clark Scholars Program will get off to a strong, successful start.

David Torello, MS 2013, Ph.D. 2017, a lecturer in the George W. Woodruff School of Mechanical Engineering, was brought into initial discussions with the Clark Foundation to inform and shape the “type of person” Georgia Tech would select to direct the program. Many months later, he was pleased to get a call inviting him to become the program’s first director.

Directing the Clark Scholars Program is now 50 percent of Torello’s job, and given the tight turnaround between the announcement this spring and implementation this summer, he went into high gear to prepare for the first cohort. He visited a few other Clark Schools to see how they operate, and he also looked closer to home for programs he could model and resources he could tap into, including OMED (Office of Minority Educational Development), ORGT (Outdoor Recreation Georgia Tech), FASET Orientation, Stamps President’s Scholars, and CEED (Center for Engineering Diversity).

“I have gotten the most helpful advice,” Torello says. “One big thing was to make expectations clear from the start, but we’re also going to get the cohort together twice a month throughout the year to see how the students are doing, ask what they think is working, what they would like to see — we want them to have input into the program.”

“The Clark Foundation is not like, here’s the money, we’re out of here,” Torello says. “They are involved in helping the students with opportunities and experiences, and building a network with Clark Scholars at other schools.”

It might take a while to establish the Clark Scholars Program at Georgia Tech and build the level of name recognition that similar programs enjoy beyond the Institute, Torello says, but he thinks the College of Engineering’s strengths in research, innovation, and student entrepreneurship will give it a powerful boost.

“Hopefully, once we’re established, people will know, first, this is a Georgia Tech grad — that means they are a hell of  an engineer,” Torello says. “Then, on top of that, the fact that they’re a Clark Scholar will show they have business acumen, a strong service background, leadership experience — looking at those two things together will tell people a lot about these students and what they can achieve.”